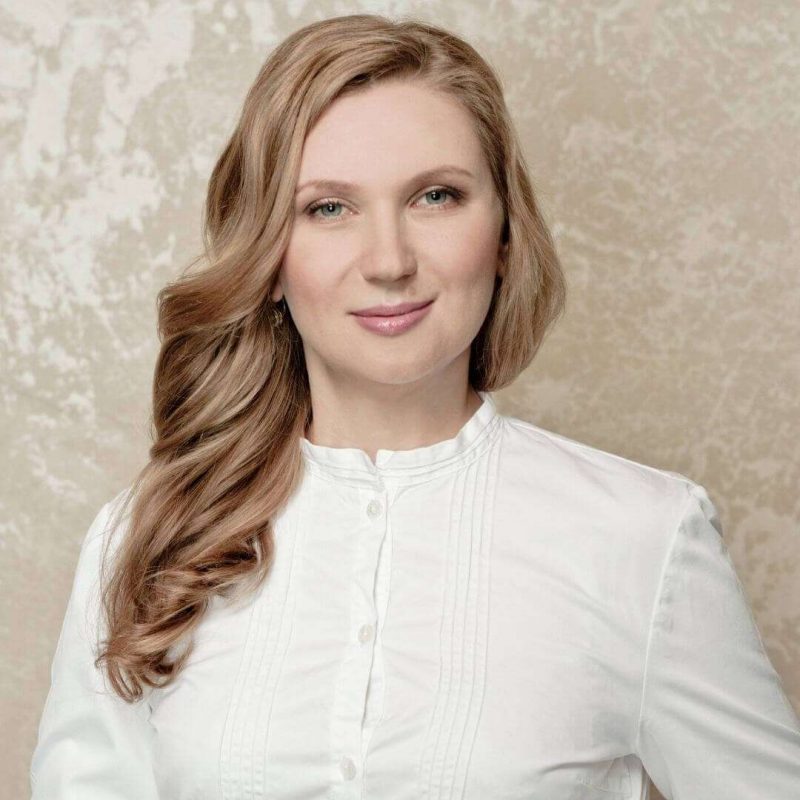 Natalia Mikhaylova is an author of innovative methodologies and teaching programs in aesthetic cosmetology, new technics and methods of preparation injections in mesotherapy and contouring plastic surgery, initiator of creating new injective preparations for aesthetic medicine and cosmetology, author of 10 patents on invention, international grants.

Participant of Federal programs of Russia concerning development of medical industry till 2020, presidential program on nuclear medicine for treatment oncological diseases including skin.

Actively involved in scientific work. Area of interests: application of injective methods in dermatology, hyaluronic acid in medicine. On the base of Institute of synthetical polyamide materials of Enikopolova and “MARTINEX” she developed innovative preparation Hyalrepair/bioreparant which includes a modified through a method of solid-phase modification hyaluronic acid with vitamins, acids and peptides fixed on its molecule. Such structure allows to keep hyaluronic acid and vitally important bioregulators in skin for a long time.  Unlike ordinary cocktails for mesotherapy and biorevitalisation, the product Hyalperair manages to solve difficult aesthetic problems by acceleration of own organism reparative processes.

Taking into account an absolutely new mode of action of this preparation and its more expressed effectiveness comparing with existing medicines for anti-aging of skin in 2010, Natalia Mikhaylova suggested a term “bioreparation”. She carried out clinical experimental research of bioreparants influence on skin and in the course of this research it was proved effectiveness and safety and she developed recommendations concerning carrying out procedures of bioreparation in practical medicine.

The author of more than hundred publications and scientific practical editions, also she is an author of a book “Hyaluronic acid. Application in cosmetology and medicine”, 2012, edition Lambert, Germany; co-author of a book “Polysaccharides in medicine of future” (2015).